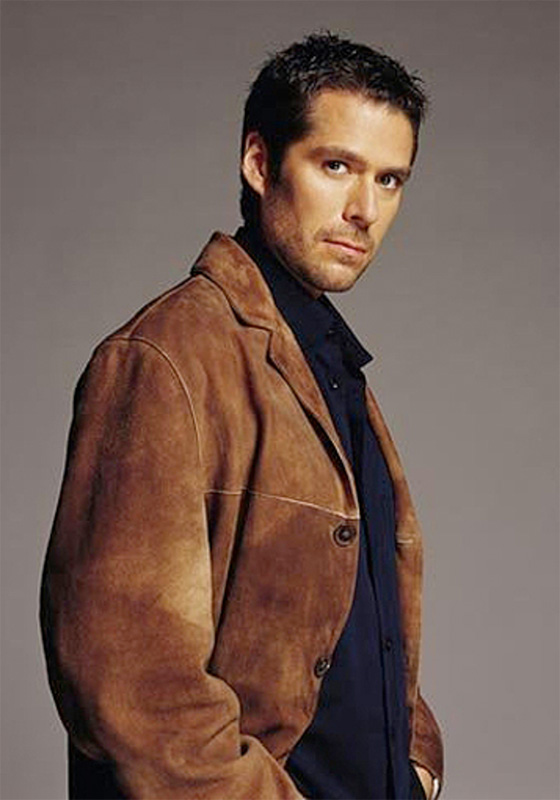 Finally, a man I can bring home to Mom! Wait…what?

Alright, I’ve hit this subject back and forth with ThatCostumeGirl all week.  See, here’s the thing.  I’m confident in my straight sexuality, certainly.  But, I have to say that there are some damn attractive man nerds out there, and hey, I can say another man’s attractive without wanting to sleep with them…mostly!

With that in mind, let’s have a look at ManWithPez’s first Mancrush feature, Alexis Denisof!

First off, I’ma let him finish, but he’s married to one of the hottest women of all time!  Of ALL TIME!  That’s right, Hot Nerd Crush #1 Alyson Hannigan.  But, that’s not enough for a mancrush, no!  It should be…but it isn’t!  He’s also a skilled actor and former music video star!

Born in Maryland in 1966, young Alexis was raised in Seattle (the one in Washington) where his mother teaches Drama.  I’m supposing that she gave some lessons to her boy.  That, or he’s just a freakish mutant actor, born with all that talent.  He put it to good use in his first major public appearance, as a boy trying to get the girl in George Harrison’s “I’ve Got My Mind Set On You” video.  No, not the one that looks like it was shot on the set of Evil Dead 2!  The other one with the ballerina in the arcade!  I’m not certain, but this could’ve been when he was studying at the London Academy of Music and Dramatic art.  Or after…I couldn’t be bothered to look it up.  He did live in London for 13 years before returning to a real country…I’m sorry…I meant the United States.  Hey!  I kid…I kid because I love.  When he came back to America, he was in Noah’s Ark with Ted Dansen and Mary Steenburgen (Steenburgen will, more than likely be a Hot Nerd Crush later on.  Hold your horses.)  who let him bum it up on their couch.  So, in the end, you can say they actually contributed something worthwhile to history besides Made in America or Elf.

Soon after, he was cast as horrible Watcher, but better rogue demon-hunter Wesley Wyndam-Pryce!   Sure, he had the hots for a teenager, and he was an awful Watcher for Faith, but he wasn’t in his element.  After Buffy, he headed over to spinoff Angel, where he would become the most dynamic character in any of Joss Whedon’s works.  Wesley goes from ineffectual nerd to kickass demon killer nerd who is a believable enemy to all powerful foe lawfirm Wolfram and Hart.  Also, he eventually got That One Girl, in the form of Winifred Burkle (Did he keep her?  I won’t tell, but I will say this is a Joss Whedon show, so you do the math.)  After that, he turns up in his wife’s series How I Met Your Mother, diversifying what we’ve seen of him by playing an emptyheaded news reporter named….no shit…Sandy Rivers.

So, let’s get down to it.  Okay…he’s easy on the eyes.  Even mine.  And not in an overly or underly manly way.  That’s why he was voted the third sexiest man in the Buffy/Angelverse.  See, it wasn’t just straight women and gay men who were voting for him.  Straight men, like myself, who can say Alexis is a sex machine without wanting to bed him, also got him that…uh…third place.  Look at it this way.  He’s played a nerd, nerds (men and women) love him…and he’s putting the shoes to Alyson Hannigan.

The bastard.  The pretty, pretty bastard.