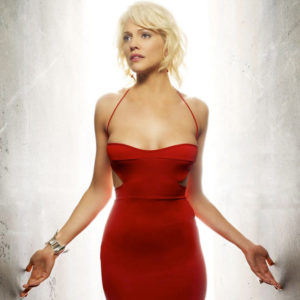 Yeah, I had something witty to say…but I forgot. Just keep looking at her.

We’re going to try a new format with this weekly spot here on ManWithPez.  Mostly because it takes so damn long to write out what is essentially a report on hot men and women.  So, we’re going straight to the heart of the matter instead of covering so much of their life that you can find here and there and concentrate more on why I think they’re hot.  So, with further adieu, here’s Hot Nerd Crush #3:  Tricia Helfer!

Well, I don’t have to say a whole lot, do I.  I mean, look at her.  She’s a former world famous model that discovered she had more to offer us, the nerd populace at large, than her excellent lingerie photos.  (And, I’m not just talking about her Playboy layout ((thankfully, nude)) in Feb of 07) She’s one of the rarest things you’ll ever find in the entertainment world…she’s a model who can actually act. 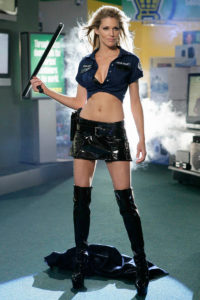 What makes her hot nerdbait is the things she chooses to act in.  If you’ve even come here in the first place, you must have seen this woman as the Cylon 6 on Battlestar Galactica.  So far as hot robots go, she beats the hell out of those fembots from Austin Powers.  You’ve probably seen her as Carla on Burn Notice, or as a new handler in the second season of Chuck, or in an episode of Supernatural.  Perhaps you heard her as Boodikka in The Green Lantern:  First Flight straight to DVD movie, or as Black Cat on The Spectacular Spider-Man cartoon, or that Web of Shadows video game?  See what I mean.  For the dork in all of us, it’s kind of hard to avoid Tricia Helfer.  (Really hard to avoid if you’re a Halo fan, since she’s appearing in ODST as well…). 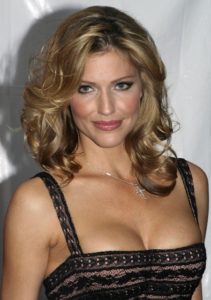 Now I remember! Tricia Helfer is hot. That is all.

Not that you should ever want to.
For me, she’ll always hold a special place for her amazing portrayal of 6 in my favorite episode of Battlestar Galactica, Downloaded.  She shows us, in this episode that not only do Cylons really have the capacity to love, they’re a little frakkin’ crazy to boot.

So, Hot Nerd Crush #3, Tricia Helfer.  You shouldn’t have to look around too hard to find her…you frakkin’ nerd!