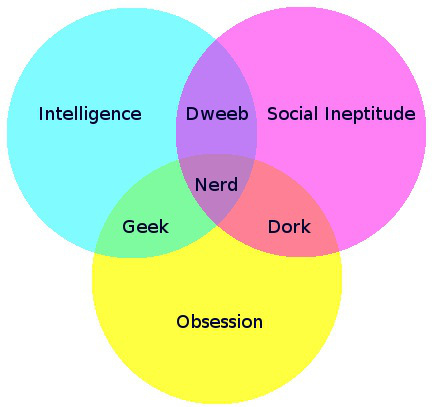 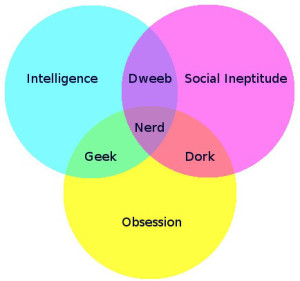 Just in case you needed anything else to argue about.

It has been a conflict that has raged for decades. Personally, I think Chris Hardwick has the right of it when he says that the preference is regional.  There are no hard and fast rules when it comes to the formerly-shunned, now widely accepted social stigma that is the nerd, the dork, or the geek.  Sure, they like to argue amongst themselves as to which group has the greatest contemporary cultural leverage, but what do they know?  They’re a bunch of damn dorks anyway.  The point is that we here at TwoGeeksInBed will most likely not join the argument.  I am confident in what I am, as I am certain ThatWeirdGirl is confident in what she calls herself.

1 comment on “The Ballad of the Nerd, the Geek, and the Dork”