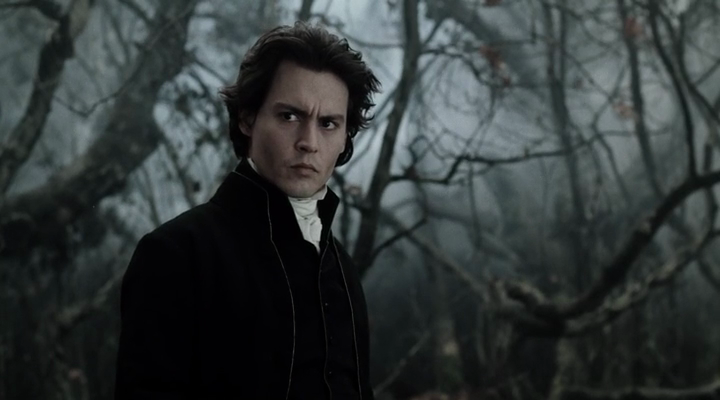 Every Friday we are going to profile one of four different films a month that stick to a loose theme.  The theme for October, and our first outing, is autumnal horror films.  For the theme I looked for atmosphere that most evoked the season of autumn, even if the holiday of Halloween was used to do so.  Hey, it can’t hurt to have a horror film set at Halloween, can it? 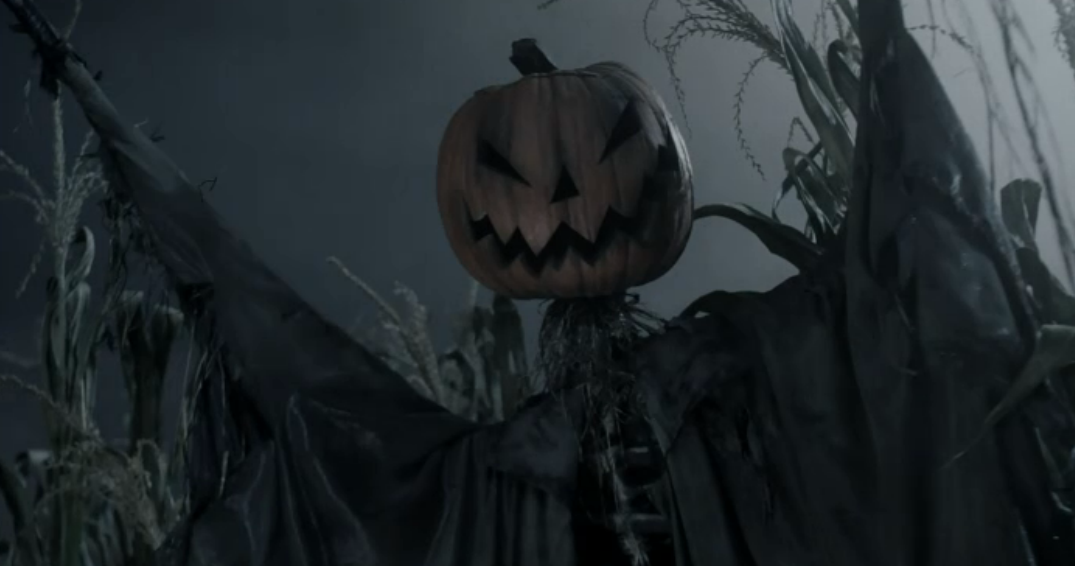 The first film we’ll look at this month is director Tim Burton‘s take on Washington Irving’s The Legend of Sleepy Hollow, titled…well, Sleepy Hollow.  This is a film painted mostly in grays with more than a few splashes of red throughout.  There are smoky fields, ripe gourds, crunching leaves, mystery, romance, and Johnny Depp acting like a little girl.  No, seriously. 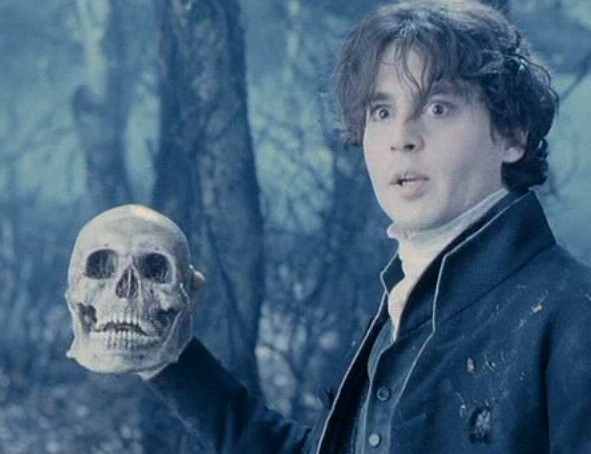 Ichabod Crane’s (Depp) profession here is modified from school teacher to inquisitive Police Inspector, which would be a more interesting turn of events if Crane weren’t so cowardly, a holdover from Irving’s original version of the character.  He faints, and I’m guessing here, at least 15 times in this movie.  And every time he drops over, we are treated to some Ichabod Crane backstory told through flashback, which, while interesting, doesn’t further the story of the Headless Hessian soldier whose spirit stalks the hollow in Tarrytown.

The revisionist take on The Legend of Sleepy Hollow is mostly successful.  Casper van Dien puts in a memorable turn as Abraham van Brunt, or Brom Bones, if you will.  Christina Ricci is a more than passable Katrina van Tassel, if not a little wooden (I understand that she broke a rib AND continued to act in a corset while hiding her injury from Tim Burton.  Impressive!).  Ray Park as the fight double for the Headless Horseman is absolutely standout for the menace he managed to imbue in a character that has no head, let alone a face.  Christopher Walken takes over for the Hessian’s actual performance…which is a little confounding, but acceptable.  He doesn’t dance though, and a Christopher Walken performance without a dance is no Walken performance at all! 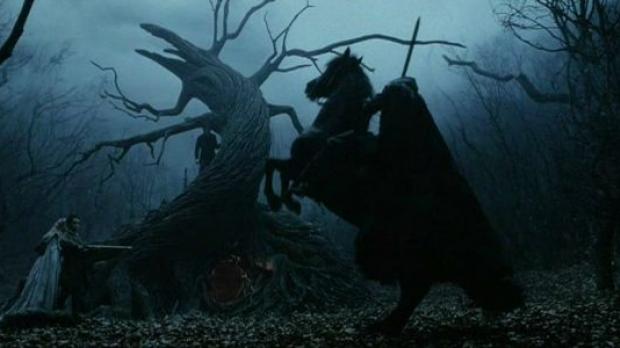 What works most of all in this film, for me, is young Masbeth (Marc Pickering) and his relationship with Ichabod Crane.  When Masbeth’s parents are killed (don’t worry, this happens early on and isn’t really what I’d deem a spoiler) he latches onto the Inspector Crane as an assistant to help bring his parents’ murderer to justice and as a mentor.  The portrayal of this relationship is devoid of the usual Tim Burton trappings, and is almost the only genuine emotive relationship in the film. When you get to the end of the movie, you actually wish for more of the Adventures of Inspector Crane and Young Masbeth.  At least, I did.

I can say that I recommend this film wholeheartedly.  The art direction for this project is second to none, as I think you would expect from a Tim Burton film.  Most of the performances are well acted, though there is a blight here and there. The action is pretty good for what is an otherwise gory horror movie, and the gore itself, while a little over the top, is what I’d call comic gore, and used to great effect.

So, come for the atmosphere, stay for Depp acting like a frightened little girl, and ultimately participate in the revenge/mystery horror film that is Sleepy Hollow.  Perhaps it will lead you to look further into the characters.  Read a book, maybe.  Watch the Disney animated version.  Watch the excellent TV show Sleepy Hollow (2013)…no relation.