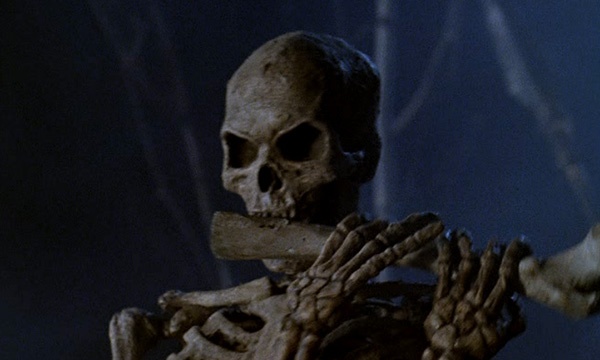 Autumn doesn’t really conjure up musical memories in most peoples’ mind.  Good thing I’m just abnormal enough to think differently.  Here’s a series of videos paired with some macabre music choices just in time for Halloween.  Since I’m feeling uncomplicated today, all of them are instrumentals.

First up, the theme from John Williams’s score for The Witches of Eastwick, a great original soundtrack if you can find it.  This video pairs the theme with some Halloweenish imagery.

Next up, the best part of Disney’s Fantasia:  Night on Bald Mountain.  Behold the majesty of some of the best effects animation ever put to film!

And, to finish up, a selection of music from Castlevania played from various games over and over.  I thought I’d get tired of it quick, but I was wrong. Not only did I listen to this part, I found the second part and listened to it, too!

1 comment on “Video Showcase Theater: The Music Of The Night”