Who knew Bones could be both scruffy and sexy?

I’m going to admit something here, I didn’t much care for Eomer. Maybe it was the blond hair, but he just didn’t move me to ride for the Rohirrim. But man, put him in science blue and I’ll volunteer for every hypospray you’ve got!

Karl Urban has made a very impressive mark in genre films. Even though he started out in soaps and the obligatory Hercules/Xena roles, he has really become a go-to for strong characters. People began talking about him during the The Lord of the Rings trilogy. Then he got to face off against Bourne and Riddick. His fantastic turn as Woodrow in Comanche Moon should have been all we needed to know he would kill it as Dr. Leonard Bones McCoy. Seriously, did anyone else get as close to becoming their Original Series counterpart? I don’t think so. 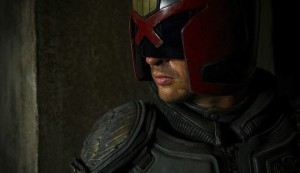 He is the LAW!

I had a lot of fun watching him try to take out Bruce Willis in RED. Then there is Dredd. It’s a gosh darned masterpiece of mayhem and bad-assery (look for The Raid if you loved Dredd). Karl was Dredd. He nailed it. He thinks the fans still have a chance to turn it into a franchise. Maybe. More recently we have the FOX mangled Almost Human. It was a great entry in the procedural cop drama. It could’ve worked on a different network. Fox has a tendency to air shows out of order and play with their schedule time during the first season. You know, because you want to craft a cohesive narrative to grow the fan base and keep the show going and generating money. Argh! 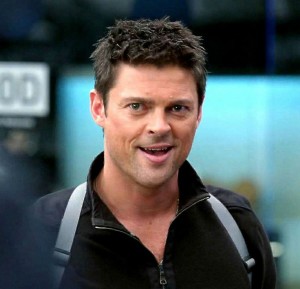 Sorry, I have issues with FOX.

Back to the walking dream that is Karl Urban…I heard people are pushing for the Bond tux to pass to Mr. Urban. It could work. But it might limit his availability for all the other amazing projects he wants to do. He has convinced me he can do anything.