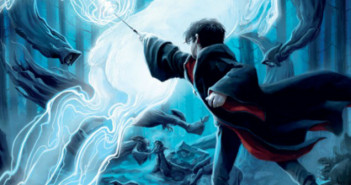 November, if you’ve been paying attention is Time Travel month here at The Bedroom, and why not add a little mysticism with your science fiction as we have a look at one of the more famous novels out there concerning time travel:  Harry Potter and the Prisoner of Azkaban.

Yes, there are Potterheads in The Bedroom, as has long been established (this house has no less than three wands in it…sometimes more, depending on who’s visiting) .  This entry into the Harry Potter lexicon is one of the better ones.  A little more grown-up than the first two entries, but nowhere near as heavy as things will become in Goblet of Fire.

Of course, even mentioning that there’s time travel in Harry Potter and the Prisoner of Azkaban is a huge spoiler unto itself.  Most noted because the chapter it’s revealed in is called Chapter 21:  Hermione’s Secret.  While that might sound like some Hogwart’s form of Afterschool Special, the truth is that in the Time Turner, JK Rowling introduced a device that her fans and critics have derided her for ever coming up with.  A device to turn back time…however could this be used to settle conflict in the Harry Potter universe? 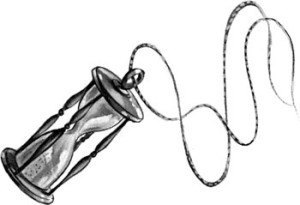 Anyways, don’t let the fact that you (and about a billion other people) know one of the salient plot points just because it was in a movie adaptation deter you from enjoying a really great book.  My only real problem with it is that the previous two entries were great examples of mystery writing in that the solutions were right in front of your eyes the whole time.  That is not present here, as the overarching question is “Where is Sirius Black?”  Then again, I guess the answer to that one is right in front of you the whole time, too.