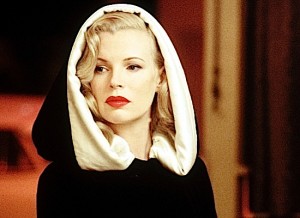 The majority of L.A. Confidential doesn’t take place at Christmas, but it’s very important beginning certainly does, and as far as I’m concerned, CHRISTMAS MOVIE!  Besides all that, this is one of my very favorite movies, and is based on one of my very favorite books by James Ellroy.  All star cast, top-notch production values, and a director that was clearly in love with his subject, L.A. Confidential should have won a Best Picture Oscar the year it was released.  There was just one problem, and it was huge:  Titanic was released in the same year.  Either way, this is the superior movie, and any time of year is great to watch it, but I like watching it at Christmas.

I won’t go too much into story here, because it’s heavy and convoluted…just like the best tales that come from James Ellroy are.  However this book covers about a third of Ellroy’s novel, and not reading it simply because you’ve seen the movie is a huge mistake.  This is one of the best casts that have ever been committed to film.  Kevin Spacey, Guy Pearce, and Russell Crowe play our trio of protagonists.  But the truth is in Ellroy’s Hollywood, 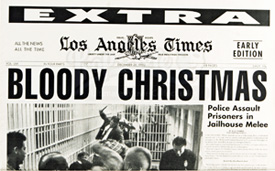 there’s no such thing as a hero.  Brutal, profane, but always on point, this movie was made for people who love old movies, and should turn people who aren’t fans of older movies onto them completely.

Kim Basinger won her Academy Award for her work as Lynn Bracken in this film.  A world-wise callgirl who looks like Veronica Lake, she is the subtle glue that holds this movie together.  The truth is I could just go on and on about this movie, but it has to be seen to be believed…and it should be seen.  By everyone!  Stop reading this and go watch L.A. Confidential already!