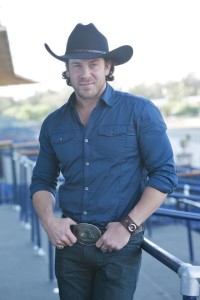 A good friend of mine once told me that she doesn’t lust after Christian Kane, but she does think about him an awful lot.  Hey, thinking stimulates the mind, I say.  If you have to think about someone an awful lot, you could do a lot worse than Christian Kane, a rough and tumble cowboy who likes to sing.  And kick ass.  And has an gorgeous mane of man hair from time to time.

He’s a Librarian, maintains Leverage, and has worked for the greatest evil law firm of all time.  What’s not to like?  I did mention he could sing, right?  Well, he managed to pull off a great performance during his original tenure on Angel (his character left town, but came back to see things through).  Not to mention singing on his other shows as well!  It’s almost like he could have a whole other career if he so desired!  But, I think, and I’m sure others will back me up here, that he’s doing just fine in his chosen profession(s).