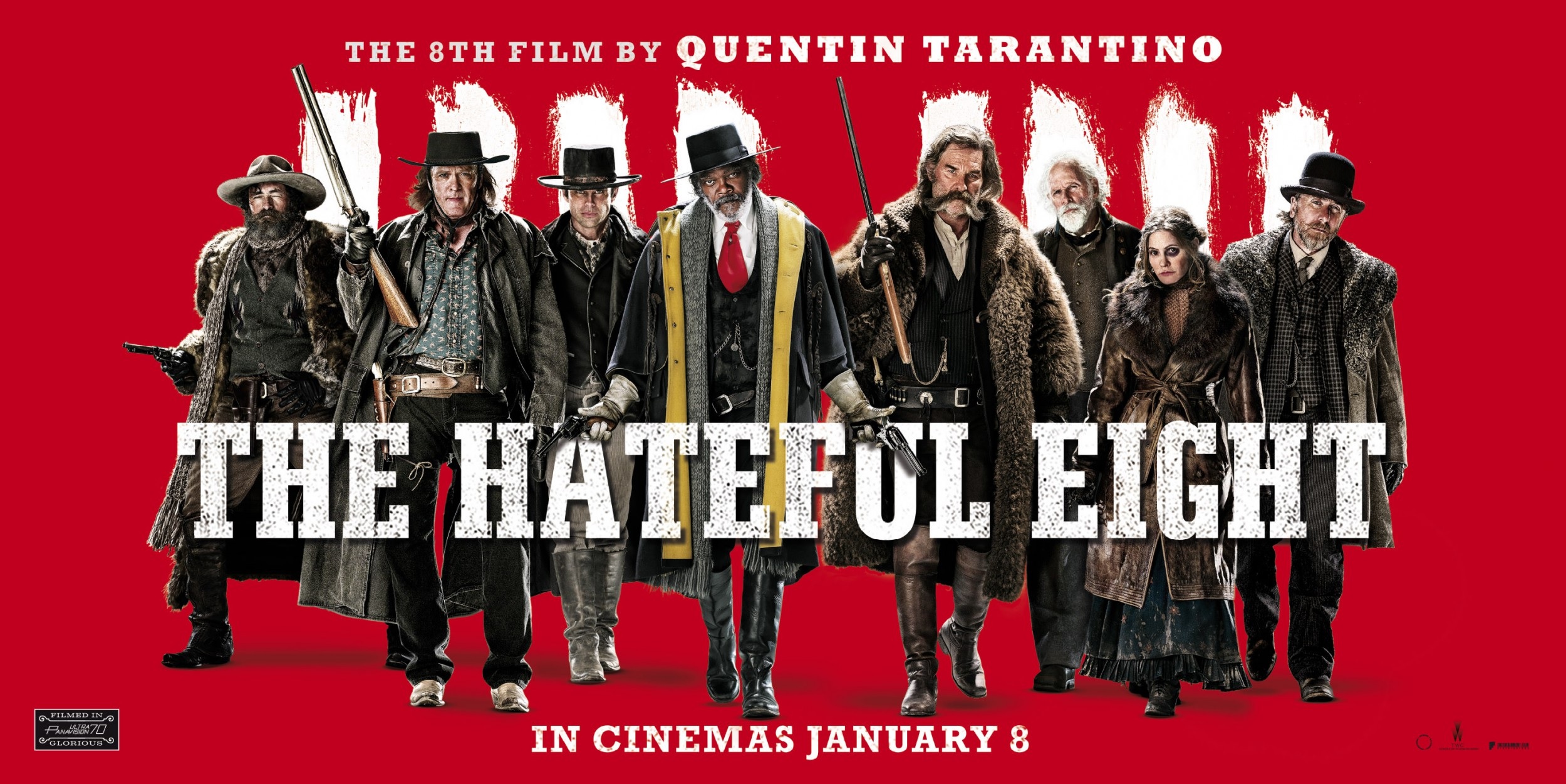 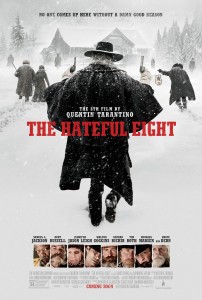 When you think about it, Quentin Tarantino‘s dialogue-heavy brand of film making lends itself very well to the notion that the environment has trapped you.  Throw in a bit of mystery and, another staple of Tarantino’s, non-linear storytelling, and you have one of the better movies to come out this year:  The Hateful Eight.

As you might suspect from the trailers, this is firmly Samuel L. Jackson‘s tour-de-force.  Jennifer Jason Leigh and Walton Goggins have certainly been garnering some positive reviews, and rightfully so.  But, it wouldn’t do to forget that Kurt Russell is here, and boy, does he make his presence known.  Actually, all members of this amazing ensemble turn out performances that they should be recognized for.  But, for me, Kurt Russell was the real standout here.  Just gruff and cantankerous and abusive and in full Tarantino form!  I will say that among Tarantino films, this one stands out as the most absurdly hyperviolent.  Just gleeful in the creative ways people are out and out killed!  And the movie is fantastic for it! 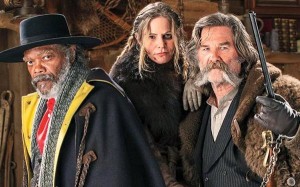 About the environment.  It’s no surprise that the Eight are trapped in a blinding blizzard.  But that’s the point.  The blowing wind and snow that frame this movie is a character unto itself, spelling out doom for any who care to oppose it.  Because he shot in 70mm, and because the format is so rare, it seems to Tarantino lingers on shots that he feels showcases this.  It adds a sense of unease because you just aren’t certain what’s about to happen.  You just know that this is a Tarantino movie, so something extraordinary, and most likely dangerously frightening is headed your way.  Highly recommend this bleak, dark western and that fact that the western as a genre seems to be making a comeback!