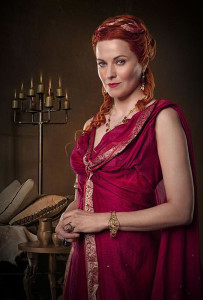 Lucy Lawless has been on the top of the Hot + Nerd + Kickass + Amazing list for more than 20 years. She continues to be as engaging as ever. My generation will always think of her as Xena much as we think of Lynda Carter as Wonder Woman. She gave strength and beauty to an iconic role. Thank you Ms. Lawless.

I don’t want to imply she hasn’t done anything else, because she’s done a ton of other things. Early in her career she was featured with Jean Stapleton in “Fee Fie Foe Fum” for The Ray Bradbury Theatre. Many of us fell in love with her during her work on Hercules and Xena. She had cameos in several movies like EuroTrip and Ginger Snaps. She’s had several memorable guest starring roles on Just Shoot Me, Celebrity Deathmatch, Veronica Mars, and The L Word. Then of course there are her myriad of regular starring roles. Lucy killed it on Battlestar Galactica. Due to my lack of certain pay networks, I never saw her award winning work on Spartacus (She had a very moving and informative panel one year at Dragon*Con about her Lucretia role). More recently she turned up on Parks and Rec and Agents of S.H.I.E.L.D. 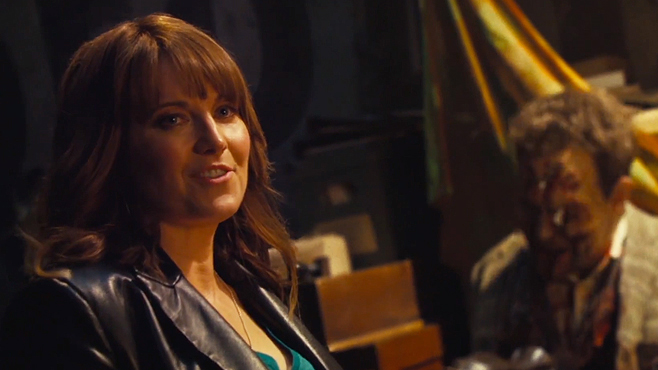 Why is she on my radar again? Evil Dead. Lucy is playing the sister/daughter of the Knowby family from the Raimi Evil Dead movies. She’s great. You have to track down and watch Ash vs Evil Dead. The show is fun and gory and as extreme as the movies. Oh, and there’s a second season ordered. Groovy.

Do you need more evidence to her status as a Hot Nerd Crush? Probably not, but just in case you need more…she’s a Broadway star. Rizzo. I bet she was perfect.