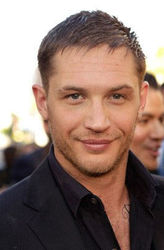 That’s right Tom. Smile! It ain’t going to kill you!

If you doubt the reasoning behind Tom Hardy being a beacon to nerds everywhere, just remember where you first saw him.  If you can’t remember, that would be Star Trek:  Nemesis.  Y’know…that Star Trek movie where he hid in plain sight as a clone of Patrick Stewart?  Yeah.

He has since gone on (after conquering a few personal demons) to become one of the most bankable stars of late.  Lawless, The Dark Knight Rises (actually, one of the only parts of that movie that worked), Inception (where he was kind of rediscovered) are all great examples of an world class actor in character driven roles.  The big standout for me, and I think everyone else of late is his turn as Max in Mad Max:  Fury Road.  You’d think acting like Mel Gibson in a Mad Max movie would just be a 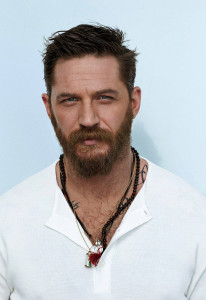 lot of grunting, and Tom Hardy does not disappoint in that regard.  But there is a softer edge to his Max Rockatansky that wasn’t there in Mel’s, and as far as I’m concerned, the character needed it.

Anyways, Tom Hardy for Hot Nerd Mancrush.  It doesn’t hurt that he could probably crush me like a grape if he so wanted.  Then again, like Janet from The Rocky Horror Picture Show, I’m not really into too many muscles.  Which is why Tom Hardy just wasn’t made for me.