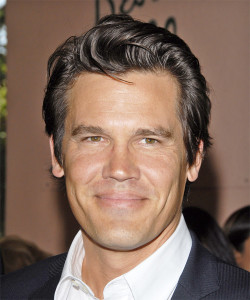 Who cares who his father is at this point?

From the time he grunted when he opened that case full of money in No Country For Old Men, Josh Brolin was destined to be a Hot Nerd Mancrush.  Now, I know that, for most people my age, when you bring up any member of its cast, you have to talk about The Goonies.  Hold on.  This isn’t that kind of Mancrush.

First off, I’m not a fan of The Goonies.  And I don’t understand why so many people my age are, but that’s on them.  What amazes me about it is that Josh Brolin went out and continued to become a better and better actor and no one noticed until it was right in their face!  He was great in No Country, he was a Man In Black, he used a ridiculously brutal fighting style in Oldboy (and was a big reason why I thought it was a successful remake…but more of that on a future Find That Film)and of course, he is, and will be the ultimate Marvel villain, Thanos (his cameos as this character already tickle me, as does Josh Brolin’s stories of how he was somewhat unprepared for the notoriety such a role would come with)and Thanos pales to that asshole doctor character he played in Planet Terror!  I really liked him in Hollow Man, a movie that had several problems, but Josh Brolin wasn’t one of them.

And, if you listen to The Nerdist podcast featuring him just recently you’ve learned that he’s something of  a nerd’s bro’s bro.  He was completely entertaining and engaging, and if you haven’t listened to it, or if all you know of Josh Brolin is through his acting, then go check that out.