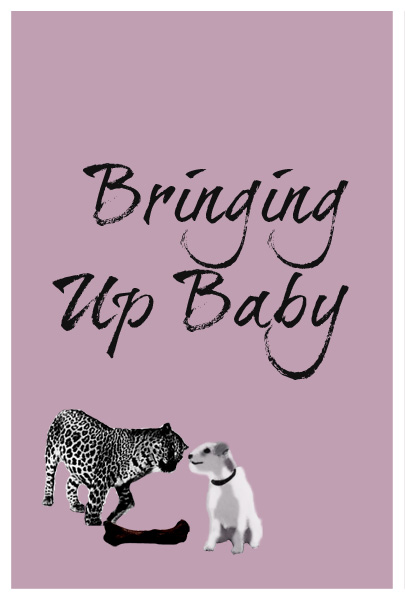 1938’s Bringing Up Baby started the screwball genre. Thank goodness it did!

Howard Hawks directs Katharine Hepburn and Cary Grant in the ridiculous film about an heiress with a leopard, a paleontologist with a lost rare bone, a rich lady with money to donate, and the big game hunter testing his leopard mating calls.

This film marks Katharine’s first major attempt at comedy. Hawks stuffed the cast with veterans of comedy and vaudeville to help Katharine hone her skills. You will delight in watching Charles Ruggles, May Robson, Walter Catlett, and Barry Fitzgerald bumble, over talk, and double take with clockwork precision. True, the story is convoluted but if you sit back and just let it flow through you the quotes will be spewing forth at your next lunch meeting.

Bringing Up Baby began something wonderfully wacky in film. Roll your eyes and find that film.