I know bar books and Pinterest are overflowing with vampire inspired cocktails; here is one more. Not a lot of drinking happens in Near Dark that’s not of the blood variety. Even the bar scene is mostly blood drinking with a little beer. I couldn’t draw inspiration from that. I’ve wanted to combine stout and blackberry for quite a while. They pop up together every so often in St. Pat’s drinks lists. I put my own twist on the combo with Bitten. 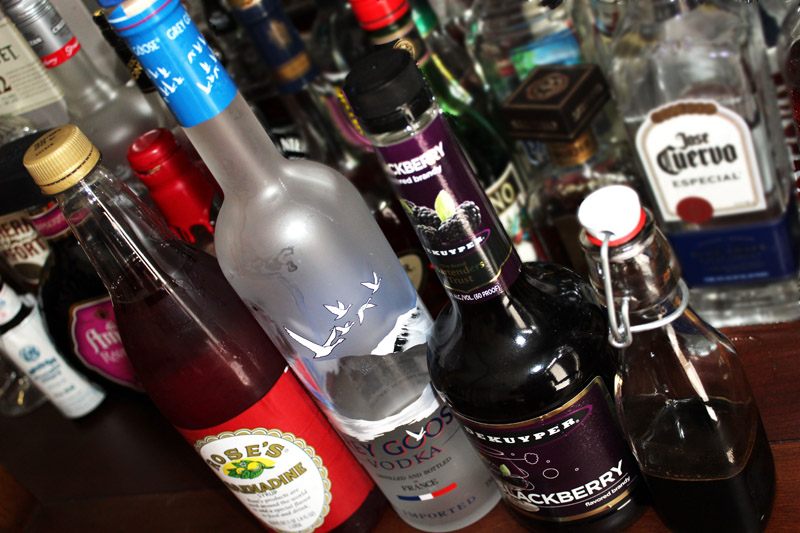 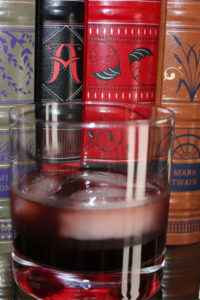 No shaker required for this one. Place ice in glass. Pour the syrup, brandy, and vodka over the ice. Finish with the grenadine.

You’ll notice the Guinness syrup appears in this cocktail. It’s necessary. I apologize for posting Guinness syrup drinks back to back. Originally, Near Dark was scheduled later in the season placing several weeks between such similar drinks. I think you should try both of them.