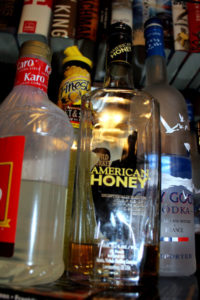 Originally, I wanted something along the lines of a lemon drop. I mostly stuck to that train. It was close. I almost chickened out, but I stood my ground and found myself on the tracks next to the lemon drop.

Nothing fancy here tonight. Mix up some sour mix and vodka and tweak it a little and you’ll be good to go. I don’t know where you’ll go since traffic tonight is pretty terrible, but you’ll be ready. 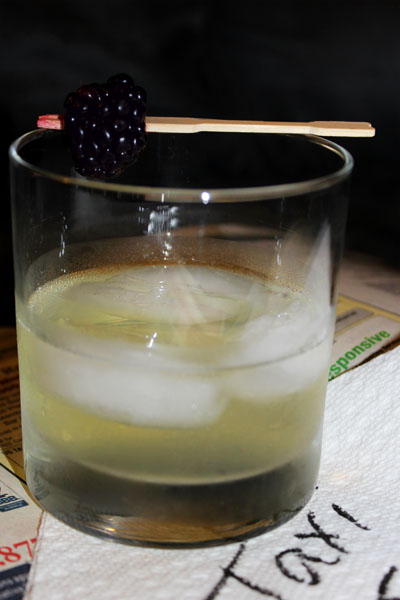 Place a few ice cubes in a short heavy glass like a double. Shake the vodka, sour, honey whiskey, and syrup with ice. Strain into prepared glass. Stab a blackberry or two with a pick and swirl for fun. The corn syrup just cuts the edge a little and is not strictly necessary. Also, this is way better with fresh lemon juice than sour mix, but I was betting most of you don’t have a couple lemons sitting on the counter but do have some sour somewhere in the cupboard or fridge.

Anyway, try it with lemon juice.