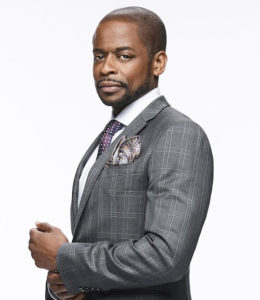 It has been way too long since our last Hot Nerd Crush. I’m bringing it back strong with the walking dream that is Dulé Hill. He is my favorite brand of nerd: dance/theater. As a child, I took ballet, tap, and modern jazz (my favorite!) and attended performing arts camp each summer. Alas, I did not have “it”. I was fine but not great. Ya, know? Ah, Dulé has it. Dulé has so much it it oozes out as pure magnetism. 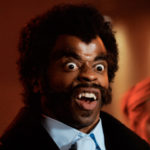 He got started as a dancer and found his way onstage when he was young. He worked hard and peppered his stage work with movies and TV. Most of us discovered him on The West Wing as Charlie Young. Can you imagine having Martin Sheen as your mentor day in day out? He took the guidance of Sheen and Sorkin* and built a strong acting resume. But let’s not forget he worked on CityKids with actual Muppets…you’re a little jealous now, aren’t you?

Dulé also holds a special place is the hearts of smitten young ladies across the globe for his role as Sam in Holes. Sweet, perfect Sam was known for saying, “I can fix that,” much like Cary Elwes and his, “As you wish.” (Don’t get me started!) I don’t even like Holes, but damn.

While he may be flying high right now on Suits, he earned his full nerd credentials as Gus on Psych. He and James Roday lit up the tiny screens with their fantastic chemistry and pop culture references. As a Pluto lover, I particularly fell hard for Gus and his Pluto love. If Dulé Hill were to ever walk up to me and say, “Did you hear about Pluto?” he would run away in fear as I attempt to pounce. Seriously, he made the word-nerd, pharmaceutical rep come off as cool and awesome. How did he make split infinitives hot? 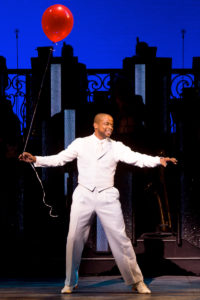 I urge you to continue to support his career by watching everything he’s doing. You should dial in Suits. More importantly, if you ever get the chance to see him perform on stage, do it! Sit back and watch that smooth toe tapper dance his way into your heart. You should follow him on Twitter.

Bonus! He enjoys soccer. Be still my heart.

*He’s had many remarkable costars share their tips for life and performing. Gregory Hines suggested he keep a board in his trailer for dance breaks. That’s cool. I’m in complete awe of his teachers and the career he has built.