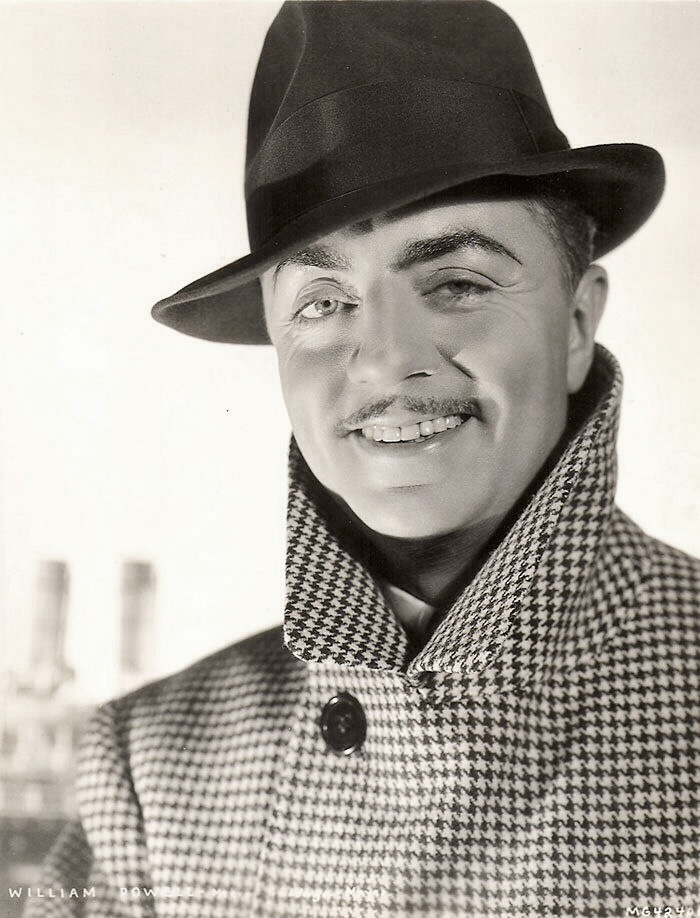 I could not make up my mind this week. Eventually I settled on a classic star we frequently feature in Find That Film. Ladies and gentlemen, I present the incomparable William Powell.

William Powell was a stage man. He started his career in vaudeville and moved on to Broadway, even producing. New York was overflowing with actors so he joined the stampede to California in the early 20s. I believe his extensive experience on the stage helped him make the successful transition to talkies. The public loved his smooth voice and dry delivery. Men liked that he wasn’t a hunk. There’s no strong jaw. His nose and ears are large. He often towered over his onscreen partners. This was an Everyman with style, class, and wit. This was doable. Give any man a nice overcoat, a sharp fedora, and a brain and he could woo half as well as Bill. That’s a lot of woo.

William Powell played everything from mob heavy to father to detective. He made them all believable. In addition to finding The Thin Man, you should watch My Man Godfrey, Libeled Lady, and Life With Father. These latter three movies star Powell as something other than a detective. It’s darn hard to resist William Powell in a three piece suit and holding a martini glass. 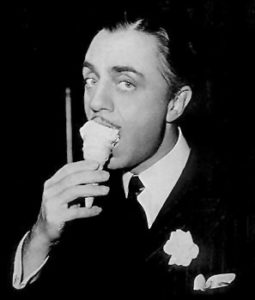 His life was filled with heartache. His fiancé Jean Harlow passed away at a young age. While he was still in mourning, Powell underwent an experimental radium therapy for cancer. Several year later, his ex-wife, and dear friend, Carole Lombard died in a plane crash.  His hardest loss was his son, William David, who suffered several illnesses leading to depression and suicide.

Sadly, Powell’s memory and strength began to fade during his last film Mister Roberts. He retired shortly after. He and his third wife enjoyed a happy life together in sunny California.

Watch a few of his movies. He may change your mind about being called “Sugar.”

OTR: I Love You Again

FTF: After the Thin Man