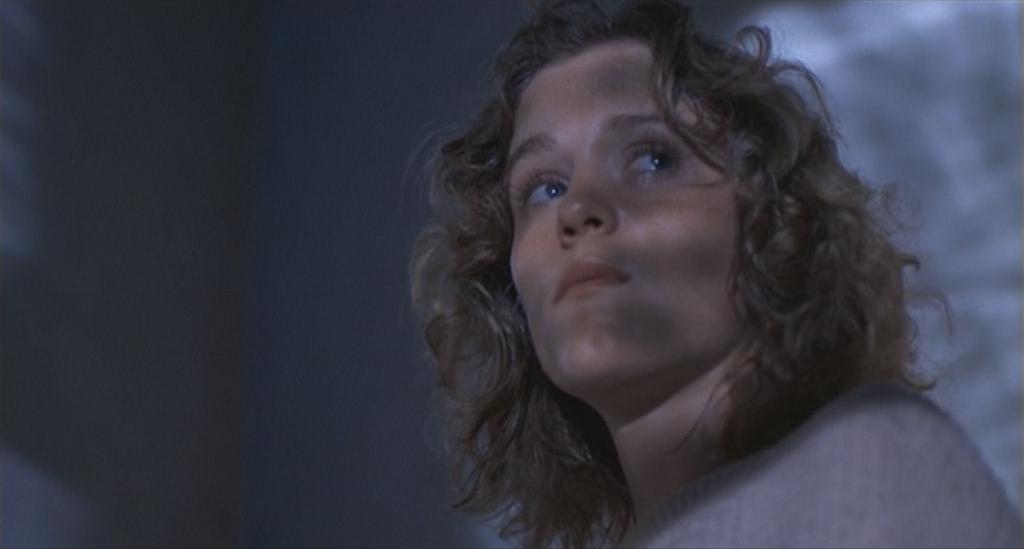 The Coen brothers are powerhouses of modern cinema, and here is their first movie:  Blood Simple…and what a debut!  Neon-drenched, bloody, violent, Texas-themed neo-noir, and man, does it pack a punch!  Like a movie we covered last season: Miller’s Crossing, here, the Coens present us with a flick that is film noir on the surface, but reveals itself as a straight crime drama with a skin of noir on it.

Ray (John Getz)and Abby (Frances McDormand)are together now, and Abby’s husband (Dan Hedaya) doesn’t care for the pairing.  To that end he hires an unscrupulous private detective (M. Emmett Walsh) to kill them both, but the P.I. has plans of his own.  It’s a simple story that relies on its performances to pull it through, and boy, does Blood Simple deliver.  Dan Hedaya especially is playing against type here in a way that he almost never would again.  He is a ball of menace and avarice, and the Coens go out their way to show us that Ray will not be the hero here as they draw many similarities between Ray and Marty.  M. Emmett Walsh is an affable, laughing man…right up until he isn’t, and Frances McDormand plays a doe-eyed Texas blossom who isn’t as nearly naive as she seems.  Blood Simple should rank up with the Coens’ best films:  No Country For Old Men, Miller’s Crossing, O Brother Where Art Thou…It all starts here, and boy, do we start with a bang!