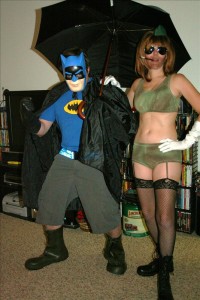 TwoGeeksInBed is made up of a team of the most intelligent, charismatic, and beautiful people you’ve never met. They are also very, very modest. As a married couple, this team sifts the reams of pop-culture to tell you exactly what they think of everything. If you don’t like that, the door is over…well, the Internet has no door, but you take my meaning. 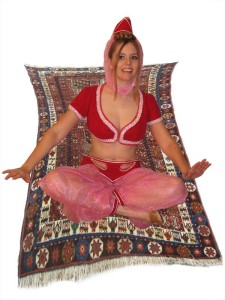 ThatWeirdGirl can be called a few things. Mother, wife, teacher, sexpot, “hey you!”, etc. A top-shelf creative cosplayer and costume maker, she has no qualms about being seen in public with her husband, ManWithPez, for some reason. As part of the TwoGeeksInBed creative team, she looks forward to bringing her bizarre opinion to the site, and hopes that she will be forgiven for eating the last slice of pizza or coming to bed with scotch on her breath. She will fail on both counts. 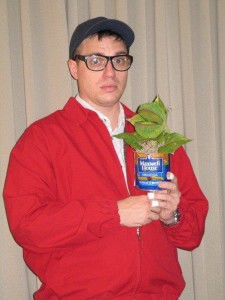 ManWithPez is a shaved bridge troll who somehow won the hand of ThatWeirdGirl. Probably in a lucky hand of poker. As the father of three children, he would like to say that he has “THREE KIDS AND NO MONEY! WHY CAN’T I HAVE NO KIDS AND THREE MONEY!” and other Simpsons quotes. He is keenly hoping to spread his opinions on things that matter very little among the populace at large like a virus. He dislikes coupon clipping and lycanthropy.