The short history of www.ThatWeirdGirl.com:

The domain was purchased just after New Year’s back at the beginning of the aughts.

The first few iterations were made with FrontPage and graphics drawn in Paint.

By 2002 I was exploring various CMS and photoshop ideas. I even learned how to make animations in Flash.

I got pretty good with CSS and took a Java course at the local community college.

Around 2004 I started participating in a Picture A Day website, published most of my poetry, and jumped head first into geeky message boards.

In 2006, I had a bit of an existential crisis and disappeared for a few months to return on LJ.

Because my ex is a better human than I, he, without hesitation, sold the domain to me for like a dollar or something. Good man. 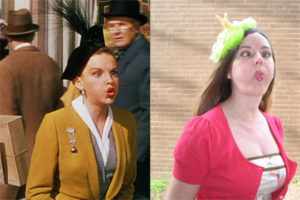 I’ve been on and off the internet since 2007 as both ThatWeirdGirl and ThatCostumeGirl (job).

We purchased www.TwoGeeksInBed.com in 2011 with big plans to expand our horizons, hobbies, make videos, and record five podcasts. That didn’t happen. We had a fire and lost our home. Lots of other things happened and both ManWithPez and I fell into a depression which continued after our third child’s birth. Then I lost my Mom and he lost his Dad within eight months of each other. We were suddenly spurred to make things happen. You know? 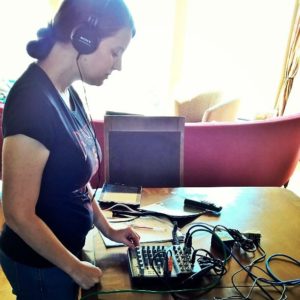 I moved us to WordPress and modified a layout. We started recording one podcast (though several are still mentioned as possibilities). Since I didn’t create the necessary child sheets and misplaced my backups, an accidental update reverted the site to standard theme. It’s taken me a while do decide how I want to proceed with the look and possibly change our logos.

I want to be my old creative weird self.

Though I may be closer to 50 than 30, I want to be ThatWeirdGirl again.